The Twintake induction kit has shown improvements of up to 17hp in our tests, when compared to the original air box/ filter system. All the parts required are included in the Kit. This kit is available in Black only with Black hoses.

Which Kit Fits Your vehicle ?

Due to the different engines used and the different model badges employed it can be confusing as to which kit is required. The FSI is the motor that VW/Audi used from 2004-2009 approx across their whole range. However in the US this was known as the FSiT Then in 2006, there was a trim level on some Seats and VW’s called the TFSi which still used the FSi engine. In 2009 the group moved to the ‘new’ TSI engines and they are gradually coming through to all models, which are badged TSI on the engine cover. However there is still a version of the Golf Mk6 called the TFSi with a badge on the back of the car !! Even more confusing, the Golf R and Scirocco R both have TSi engine covers but are in fact FSi !! To try and summarise, and bar a few exceptions FSi 2004-2009, TSi 2009 on

However, every version of our Twintake kits are different in some way and are specific to one vehicle model. The kits are not interchangeable and we do not sell the components separately. If you are in doubt as to which kit is required please follow this guide.

2. Determine model - so for a VW Golf this could be Golf MK5 or Golf MK6

3. Determine Engine – All our Twintakes are for the 2 litre VAG group petrol engines only. The earlier engine was found in the MK5 Golf, badged as the FSi in the UK market, and easily distinguished as it incorporated the air filter in the engine cover. The later engine, badged in the UK as TSi, is found in some MK5 Golfs, all MK6 Golfs and is easily distinguished as the OEM air filter box is separate from the engine cover.

4. Double check your MAF sensor part number. Since 2009 the VW/Audi gorup have been changing the MAF sensors on their cars to a 'more advanced' sensor which resists tuning and has the mounting plate mounted 180 degrees rotated from the original. However, many cars produced since 2009 still have the old sensor. Please check the picture below to make sure you have the correct MAF sensor - the part number is printed in white on the top. We currently have no solution for the new MAF sensor on any car. 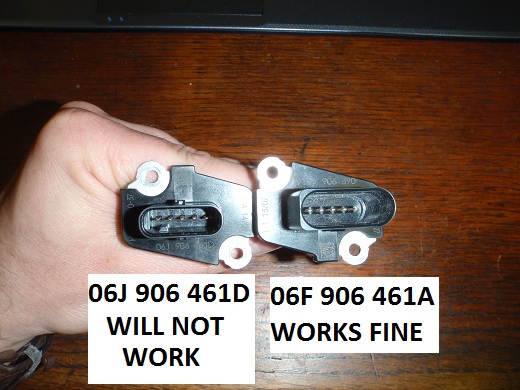 ** If you have the engine code CBFA, which has the SAI system 28mm hose connection to the front of the OEM air box, you will require an additional breather filter. Please see FMFIL28.

NOTE: Contents of kits supplied may vary with different vehicle models. No heatshields are supplied with the Seat Leon or Audi S3

The following images show the kits for the different models 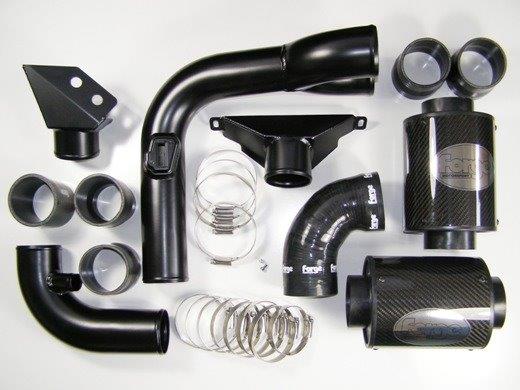 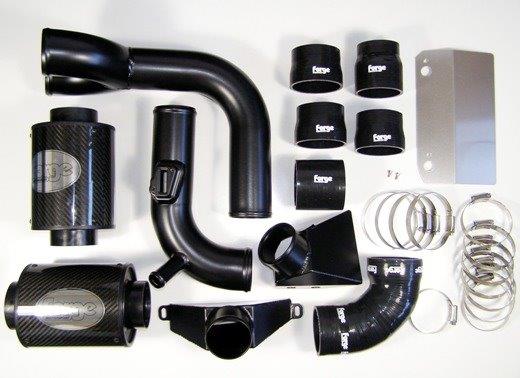 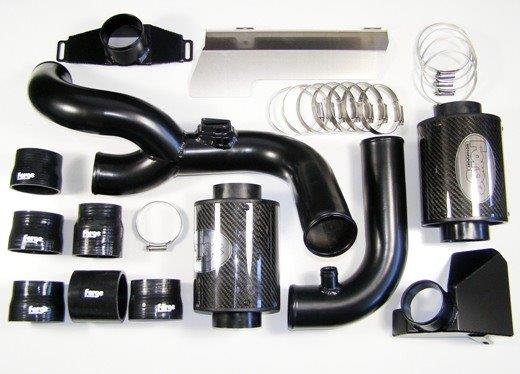 FMIND12C for VWScirocco 2 litre TFSi (Air filter originally separate to engine cover) Please note that this is suitable for early 2008 models only and that the image shown was an early prototype as all hoses are now black as shown in the kit photo below. 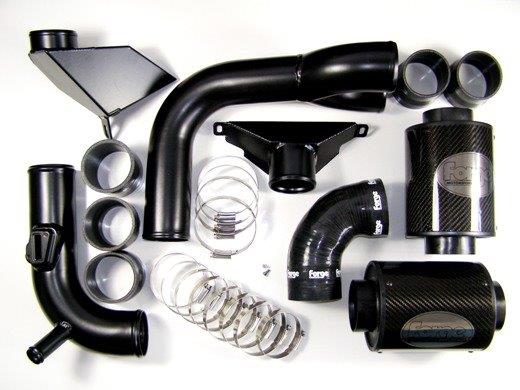 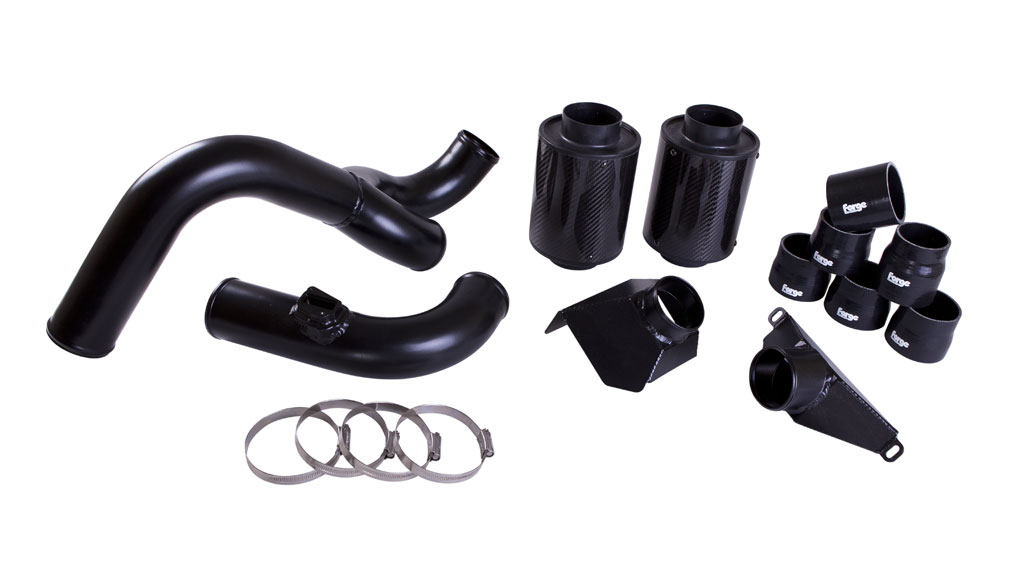 IF YOU ARE UNSURE ON WHICH IS SUITABLE TO YOUR VEHICLE, PLEASE CONTACT US.

Please watch our video on how to fit an air filter without damaging it.

Please Note: In line with our policy to constantly review, revise, and improve our product range, the appearance of the product you receive may differ from the one advertised.

Be the first to review this product

Want to leave a review?

All Forge Motorsport products come with a limited lifetime warranty. All warranty claims must be accompanied by the original proof of purchase to enable us to help you. Failure to supply this proof will result in your claim or enquiry being denied.

For further information, please call our customer service team on +44(0)1452 380999 or email info@forgemotorsport.co.uk.

Do not use aggressive (acidic) car cleaning products, particularly traffic film remover solutions or shampoos to clean your intercooler, radiator or oil cooler. The use of these products can damage Forge Motorsport cooling systems and invalidate your warranty. These are often found at car washes. A light, warm, soapy solution (free of harsh acidic cleaning compounds) should be used to clean you cooler and thoroughly rinsed away. We recommend that you should inspect your product on a regular basis for bent and/or crushed fins. Any bent fins should be carefully straightened to allow ambient air to pass through the core face. At the time of installing your Forge radiator, an approved coolant must be used and added to the coolant system. Be sure you never mix coolant and always use distilled water.

Please fill out your details below

We use Mailchimp as our marketing automation platform. By clicking submit to this form, you acknowledge that the information you provide will be transferred to MailChimp for processing in accordance with their Privacy Policy and Terms.